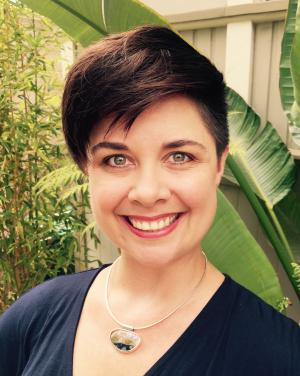 Jennifer Tyburczy is Associate Professor of Feminist Studies and affiliated faculty in the Department of Theater and Dance and the Latin American and Iberian Studies Program. Her first book, Sex Museums: The Politics and Performance of Display, was published by the University of Chicago Press in 2016. Her research has also been published in Criticism, Journal of Literary & Cultural Disability Studies Museum & Society, QED, Radical History Review, Signs, Text & Performance Quarterly, and Women & Performance, the latter article awarded the Crompton-Noll Award. Based on this research, she curated the award-winning exhibition Irreverent: A Celebration of Censorship for the Leslie-Lohman Museum of Gay and Lesbian Art in New York. Tyburczy is currently at work on a second book project, Sex After NAFTA: Crossing Borders and the Economy of Intimacy, in which she employs an interdisciplinary methodology to trace the influence of the North American Free Trade Agreement (NAFTA) on everyday practices of intimacy.

2016 Sex Museums: The Politics and Performance of Display, University of Chicago Press

2012 "All Museums are Sex Museums," in Radical History Review, special issue on "Calling the Law into Question: Confronting the Illegal and Illicit in Public Arenas," Issue 113, 199-211.

2015 "Queer Acts of Recovery and Uncovering: Deciphering Mexico through Ephemera in David Wojnarowicz's A Fire in My Belly," Text & Performance Quarterly 31, no. 1, 4-23.