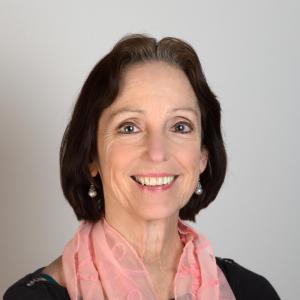 Delila Moseley is a versatile choreographer, teacher, and director who works in a variety of styles, including ballet, jazz and modern dance. She holds a B.A. in Dance and a M.A. in Dramatic Art from UCSB where she is currently on the faculty in the Division of Dance. She has performed professionally in Los Angeles, New York, and throughout the United States on tour, working with Donald McKayle's Inner City Repertory Dance Company, the American Heritage Dance Theatre, the Joyce Trisler Danscompany, and the Alvin Ailey American Dance Theatre. She appeared on television in the New Bill Cosby Show, and the special "Ailey Celebrates Ellington". While a member of these companies, she performed in works by Gus Solomons, Talley Beatty, Jaime Rogers, and... She performed for 10 years with Repertory-West Dance Company, traveling to Europe with the company three times. Choreographers worked with include Loius Falco, Lucas Hoving, Charles Moulton, Kathryn Posin, Holly Schiffer, Alan Sener, and... She has directed the UCSB Dance company, the student company at UCSB, for fifteen years. The company performs in the Santa Barbara community and on tour throughout California. The company has traveled to Mexico twice to perform and to Washington, D.C. to perform in the Gala Performance for the American College Dance Festival. In 1997 she received the 2nd Annual Lifetime Achievement Award from the Santa Barbara Dance Alliance, for which she produced over fifty concerts, including Choreographer's Showcases, Dnace Nights, solo concerts, Young Dancers Cncerts, and experimental concerts. She has choreographed for the Santa Barbara Dance Alliance, City College, UCSB Division of Dance, Cal Poly San Luis Obispo , and the Santa Barbara Civic Light Opera.